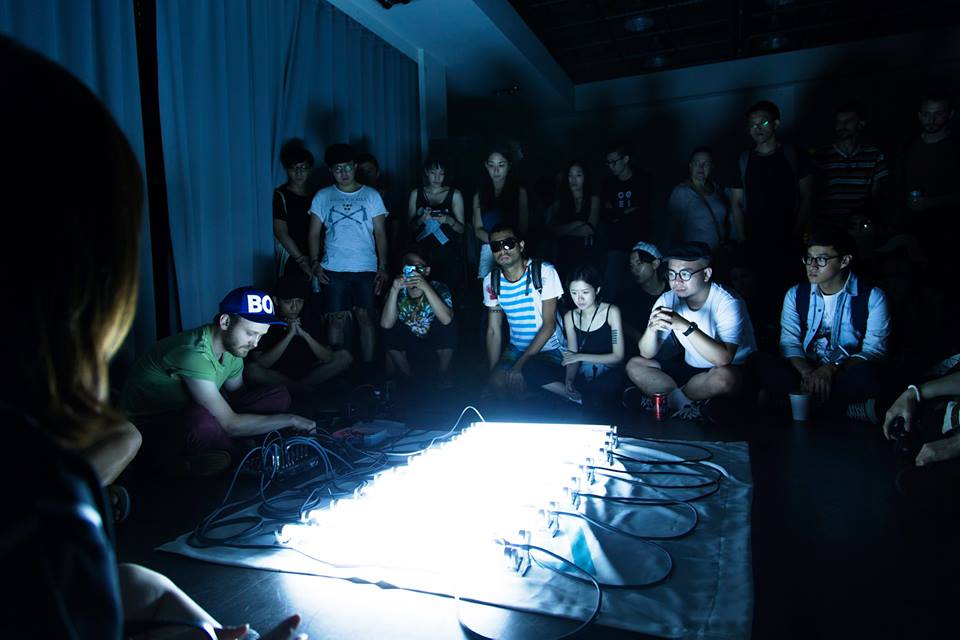 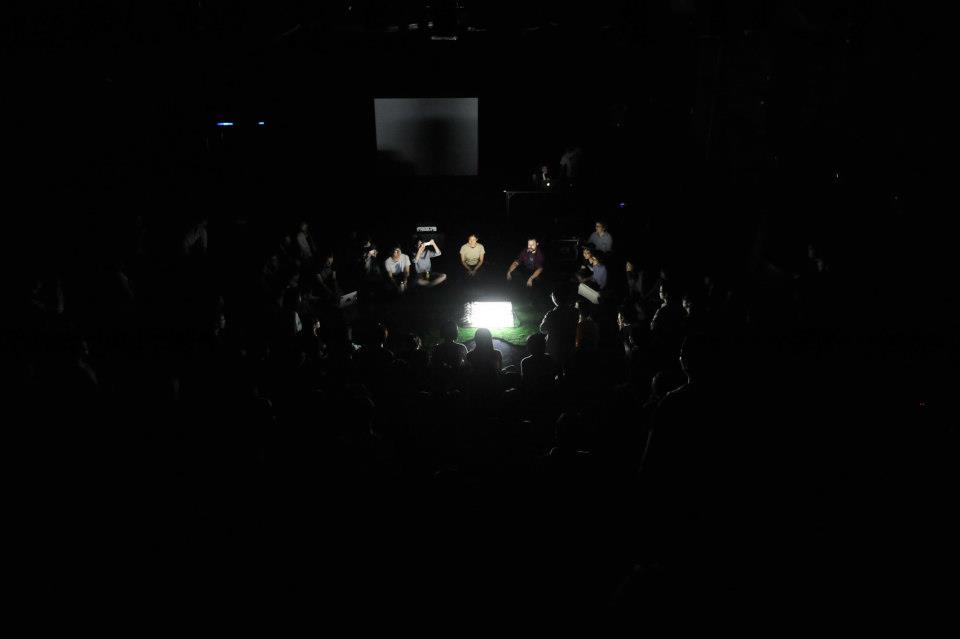 SOUND AND LIGHT is a highly concentrated audio visual performance. Through a digital interface via software, Arduino and relays, the fluorescent tubes are turned on and off. Sound and noise produced by the tubes will be recorded and amplified. The audience sits in i a circle around the tubes, just like around a bonfire. The frequency of switching the tubes on and off will be increased steadily until the tubes seem to be destroyed. When the tubes are turned off, the performance is finished. 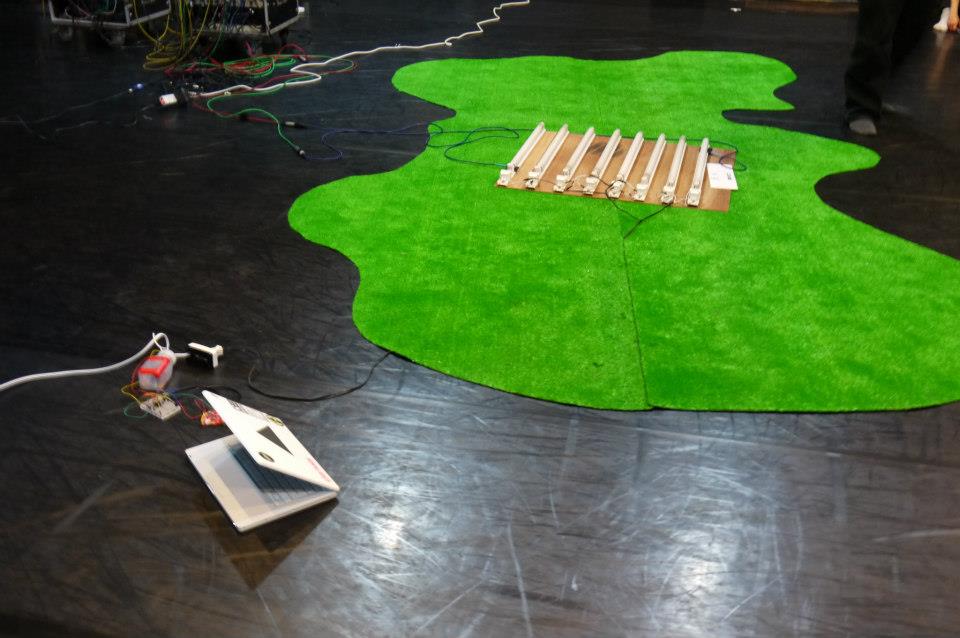 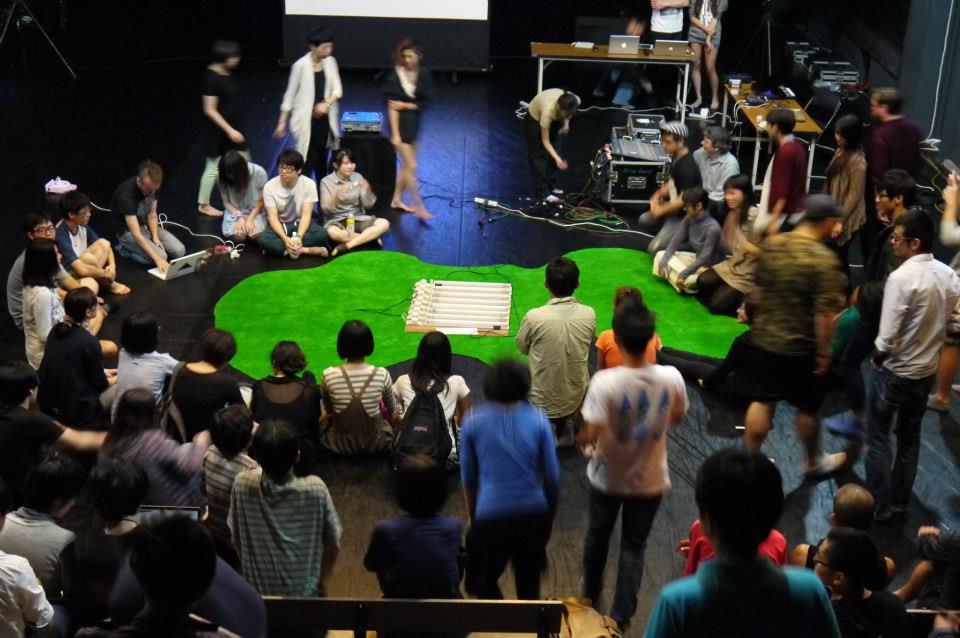